Kazakh flag carrier Air Astana has taken delivery of its first Airbus A320neo at a special ceremony at the manufacturer’s Toulouse facility.

The jet, registered P4-KBH (c/n 7124) and leased from Air Lease Corporation, is the first of 11 A320neo Family aircraft the airline ordered at the Farnborough Airshow in 2015.  It is configured in a two-class layout, with 16 Business Class seats and 132 in Economy.  Air Astana already operates a fleet of 13 A320ceo Family aircraft, with the neo joining them on the carrier’s domestic and international network.

“The A320 Family has proven to be a success in service with Air Astana over the past ten years, for its passenger appeal, low operating costs and reliability” said Peter Foster, President and CEO, of Air Astana.  “The A320neo Family offers significant improvements to passenger comfort, fuel efficiency and operating capability, particularly on longer range routes to Asia and Europe.” 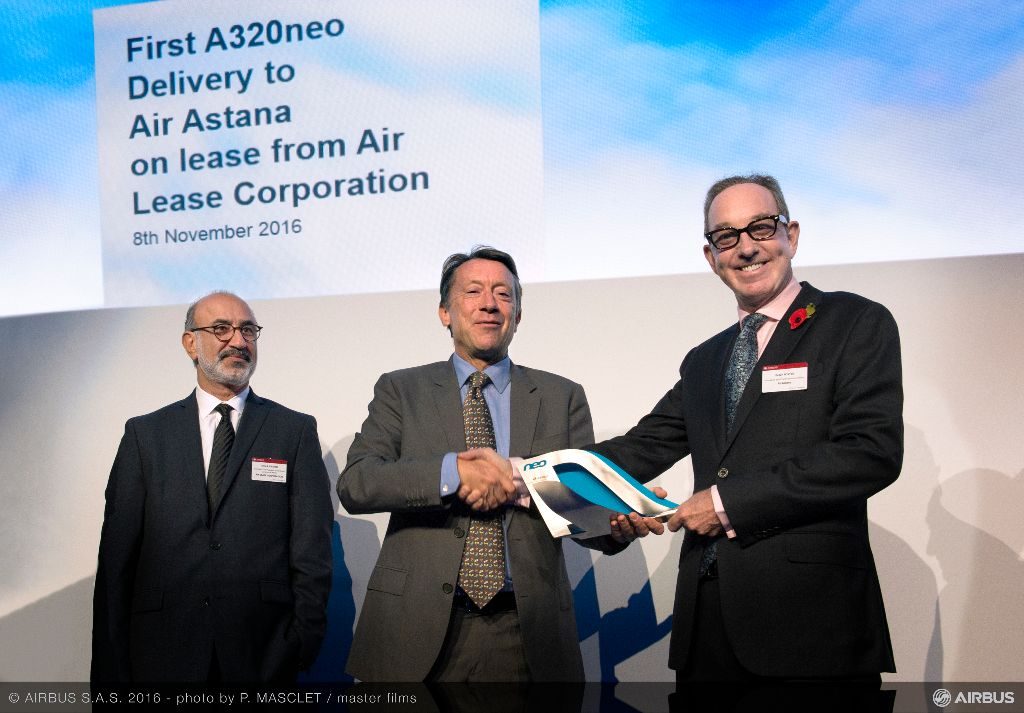 John Leahy Airbus Chief Operating Officer, Customers, added: “We congratulate Air Astana on their first A320neo delivery.  Becoming the first operator of the world’s most advanced single-aisle aircraft in the CIS.  The airline will not only benefit from the commonality with their existing A320 Family fleet but also from its unprecedented passenger comfort and fuel efficiency.”