Thai Joins the A350 Club

Thai Airways International has taken delivery of its first Airbus A350-900, making it the eighth operator of the type.  The jet, which is leased from CIT, is registered HS-THB (c/n 044) and has been named Wichian Buri.  It is the first of 12 the carrier has on order, four of which are being purchased directly from Airbus. 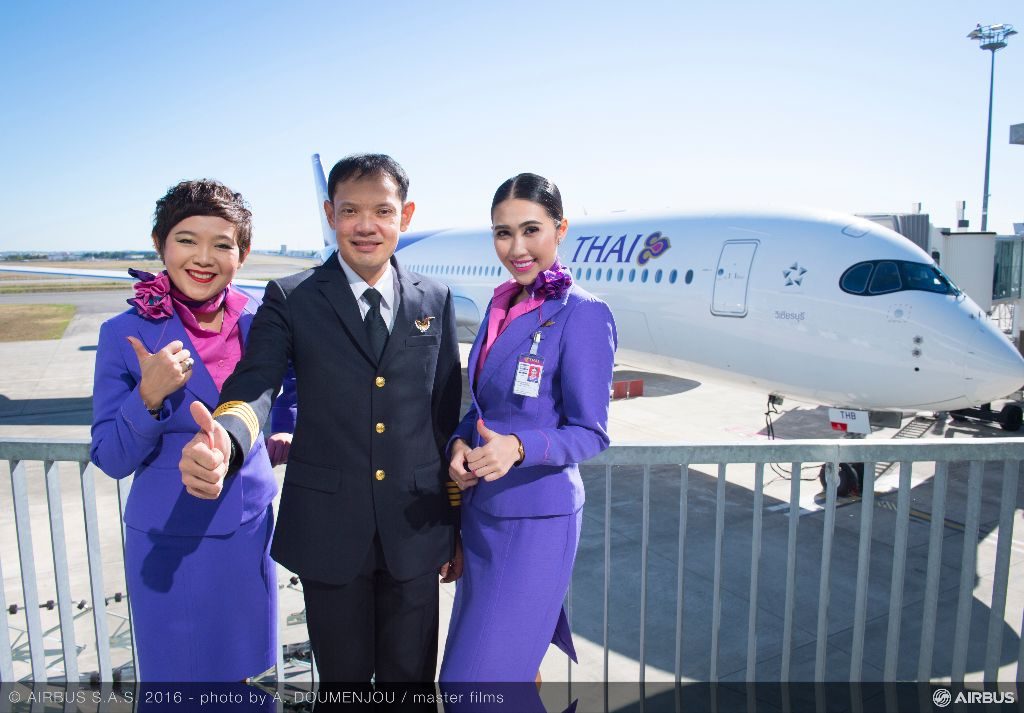 Thai crew pose with the new jet at the Delivery Centre at Toulouse.  (Airbus)

The jet will debut on domestic services between Bangkok and Chiang Mai before making its long-haul bow on the Bangkok-Melbourne route.