Air Canada has introduced a black and white themed livery, reminiscent of the one its jets wore in the 1990s, as part of its latest rebrand.  The Star Alliance carrier held three simultaneous events on February 9, in Toronto, Montreal and Vancouver, to unveil rebrand to customers and employees.  As well as the livery, Air Canada has refreshed its uniforms and on-board menu.

“Air Canada’s new livery signals a pivotal inflection point in our 80-year history,” Benjamin Smith, President, Passenger Airlines, told guests at the event in Toronto.  “On the occasion of Canada’s 150th anniversary year, with our new livery, new uniforms for our employees, the award-winning international cabin standard introduced with the launch of our Boeing 787 aircraft, and enhanced on board offerings, the future Air Canada represents the strength of our nation and the future-looking spirit of our airline.  On behalf of our 30,000 employees world-wide, it is a privilege to fly Canada’s flag, and we are proud to showcase some of the best of this nation’s talent as we continue to expand Air Canada’s horizons to fly to more than 200 destinations on six continents.” 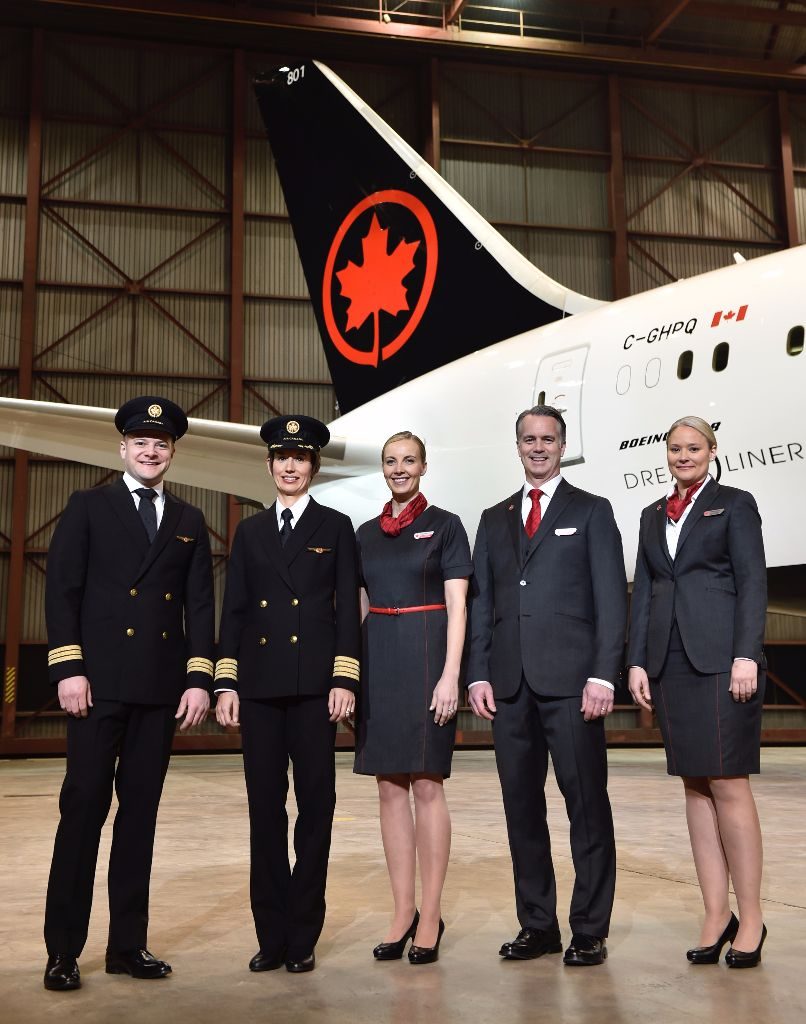 Flight attendants will now wear a charcoal grey and black themed uniform with red trim and accessories while the pilots will wear a traditional black with gold trim design.

International design firm Winkreative, headed by Canadian entrepreneur Tyler Brûlé, is behind the new livery, which sees the airline’s iconic red maple leaf encircled ensign or ‘rondelle’ return to the tail after a 24-year absence.