Singapore Airlines A350 Touches Down at Manchester

Manchester Airport welcomed its first commercial Airbus A350 service with the arrival of Singapore Airlines flight SQ52 on January 17.

The aircraft has been introduced on the Star Alliance carrier’s services from the North West Airport to Singapore and Houston.  Singapore Airlines’ A350s are configured in a three-class layout with 42 seats in Business, 24 in Premium Economy and 187 in Economy Class.

Sheldon Hee, Singapore Airlines, General Manager of UK & Ireland said: “The A350 is the newest and most advanced aircraft in our fleet and we are delighted to operate this aircraft on our new non-stop routes from Manchester to Singapore and from Manchester to Houston.  These services are a commitment to keep investing in delivering an ever better experience for our customers in the north, and with our recent codeshare partnership with Flybe, we will offer convenient access to Houston, Singapore and beyond for our customers.”

The A350 replaces the Boeing 777-300ER which has been operating the services since they were launched on October. 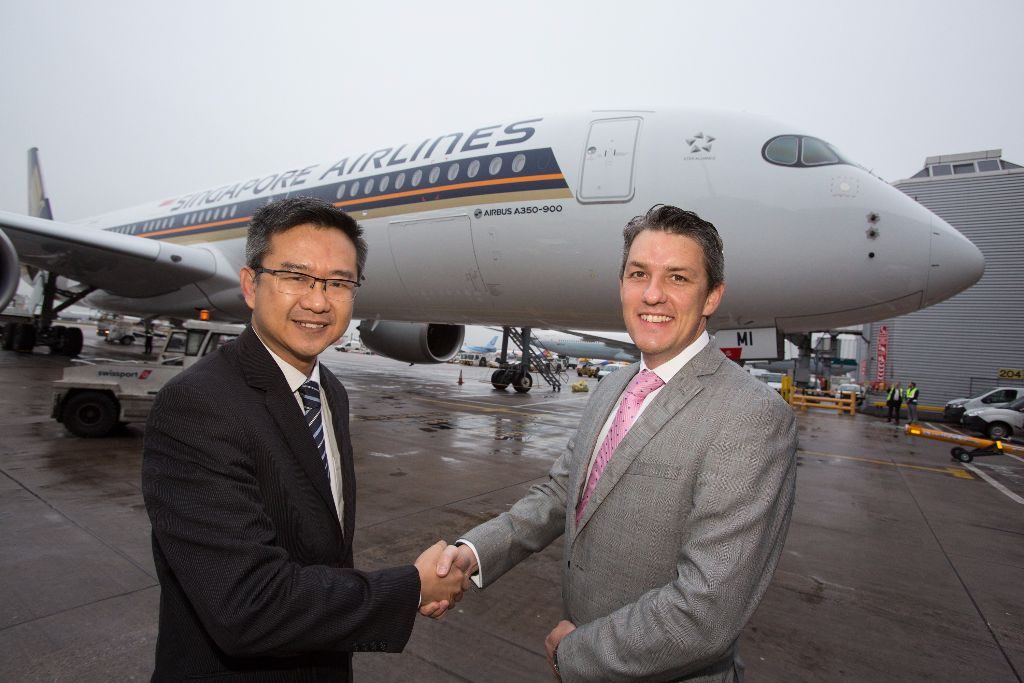 Stephen Turner, Commercial Director at Manchester Airport, said: “The introduction of Singapore Airlines’ A350 is a historic moment for Manchester Airport, with it being the first time to have this aircraft on a scheduled service here.  These new non-stop services to Houston and to Singapore are the perfect example of how Manchester Airport connects to global markets to the east and the west.  The commencement of this new modern aircraft not only gives our passengers the latest technology but also an additional class when flying with Singapore Airlines.  We are delighted to welcome this service and know it will prove popular with not only our 25 million annual passengers, but also our aviation enthusiasts on site.”