ANA has revealed plans to paint one of its Boeing 777-200s as C-3PO as part of the company’s Star Wars project. 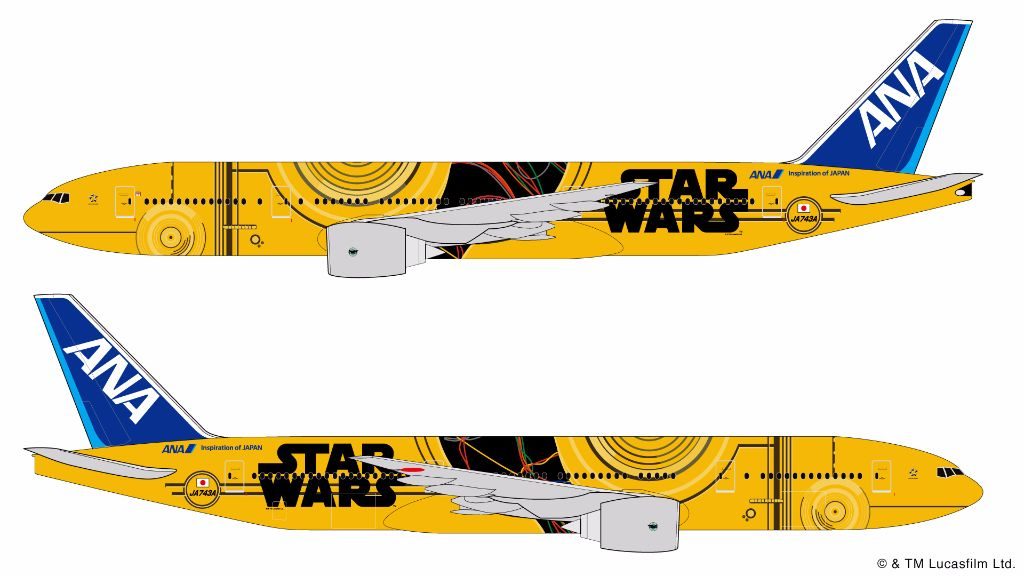 Fans of the film franchise were the first to see the new C-3PO jet design after it was unveiled at the Star Wars Celebration Europe event in London last weekend.  ANA plans to start flying the jet on domestic routes in Japan from the end of March.  The C-3PO motif, which includes detailed body parts and wiring is decorated onto the aircraft’s fuselage. 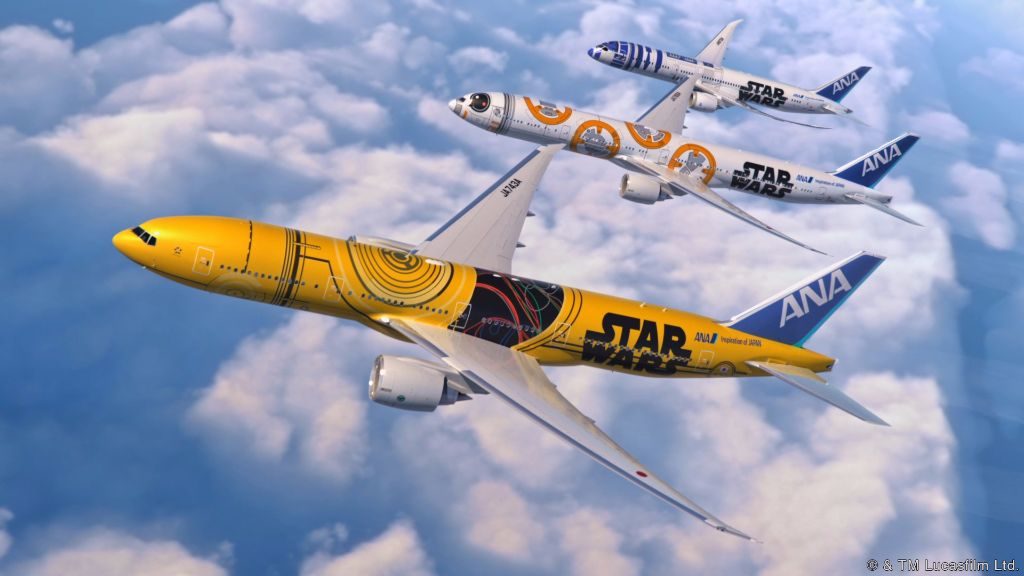 ANA launched the Star Wars Project in April 2015 after signing a five-year contract for the Star Wars brand with The Walt Disney Company （Japan）.  The airline already has three aircraft painted in special Star Wars liveries and is using the tie-up with Star Wars to enhance its international presence.