ARKIA Israeli Airlines has chosen the Airbus A330-900neo as the backbone for its expansion into the long-haul and leisure markets.

The carrier, majority owned by Jordache Enterprises, revealed at the Farnborough International Airshow it will take delivery of four examples of the re-engined widebody.

Joe Nakash, Chairman of Jordache Enterprises, highlighted the benefits the aircraft will bring to ARKIA. “The A330-900neo will be a key asset to help us grow efficiently on highly competitive international long-haul routes from Israel,” he said.  “The aircraft will offer our passengers the latest product with great cabin comfort on direct long-haul flights.  Thanks to the proven reliability and fuel efficiency of the A330 family, the A330neo will also deliver us with the best in class operating economics.” 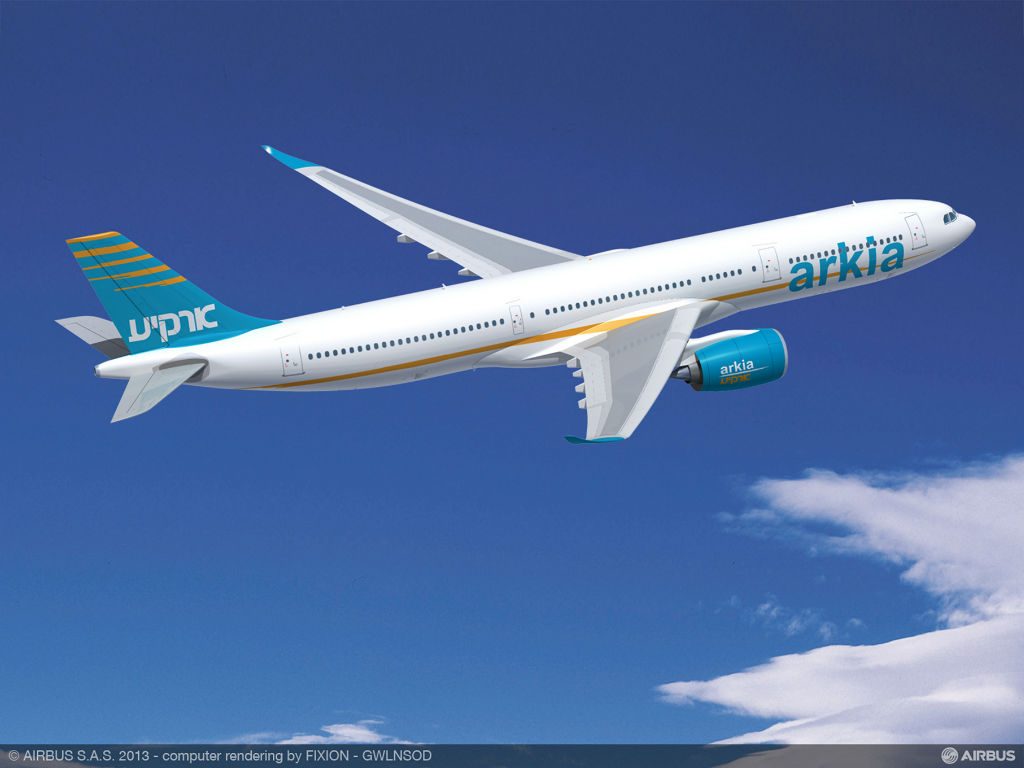 The new jets will be fitted with the new Airspace by Airbus cabins, including fourth generation in-flight entertainment. ARKIA became an Airbus customer in 2012 when it ordered four A321neos.

John Leahy, Airbus Chief Operating Officer Customers, added: “We are delighted to be making inroads in Israel. The A330neo offers 14% reduced fuel burn per seat married with the best in class economics and comfort.  The mix of the A321neo with A330neo in ARKIA’s fleet will allow the airline to reap the benefits of Airbus’ unique aircraft commonality.”