LATAM Airlines and Vueling have announced plans to strengthen Barcelona/El Prat as a major hub for passengers flying between South America and Europe.  The agreement will give the Spanish low-cost carrier’s customers greater access to LATAM Airline’s extensive flight network across Latin America, while its own passengers will benefit from Vueling’s 127 destinations in Europe, the Middle East and Africa.

Fernando Estrada, Vueling’s director of strategic alliances said: “The agreement with LATAM Airlines allows us to continue to drive momentum to long-haul and intercontinental flights and in this way will strengthen El Prat Airport’s position as an important hub for short- and medium-haul flights across Europe.” 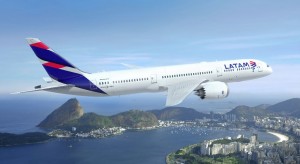 Catalina Nannig, commercial director of LATAM Airlines for Europe added: “This new partnership with Vueling allows us to offer more connection options between Europe and Latin America, establishing Barcelona as a vital hub for our network.”

LATAM Airlines has operated from El Prat airport since October 2015 with a four times weekly service to São Paulo, Brazil.  This is set to increase to daily from June.