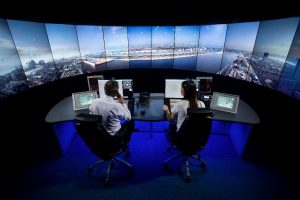 It has been announced that London’s City Airport is to become the first UK airport to build and operate a digital Air Traffic Control (ATC) tower, with a multi-million pound investment in the technology. Working closely with NATS, the UK’s air traffic provider, London City has approved plans for a new tower, at the top of which will be 14 high definition cameras and 2 pan-tilt-zoom cameras. The cameras will provide a 360-degree view of the airfield in a level of detail greater than the human eye and with new viewing tools that will modernise and improve air traffic management.

The images of the airport and data will be sent via independent and secure super-fast fibre networks to a brand new operations room at the NATS control centre in Swanwick, Hampshire. From Swanwick, air traffic controllers will perform their operational role, using the live footage displayed on 14 HD screens that form a seamless panoramic moving image, alongside the audio feed from the airfield, and radar readings from the skies above London, to instruct aircraft and oversee movements. The 50-metre digital tower was approved by the London Borough of Newham in late 2016.

Construction of the tower is due to be completed in 2018, followed by more than a year of rigorous testing and training, during which the existing 30-year old tower will continue to operate. The digital tower will become fully operational in 2019. 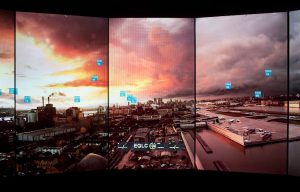