The US Air Force has confirmed that two of its largest and most formidable aircraft will be flying into RAF Fairford this summer to take part in the Royal International Air Tattoo.

The bombers, a B-52H Stratofortress and a B-1B Lancer will join other USAF machines, including the F-22 Raptor and Thunderbirds display team as part of celebrations marking the service’s 70th anniversary.  The B-52H will come from Barksdale Air Force Base in Louisiana and the B-1B from Ellsworth AFB, South Dakota. 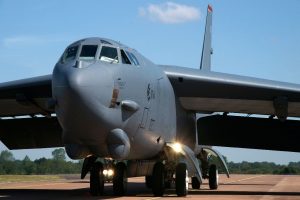