Helicopter gunships were all the rage in the latter part of the Cold War. On each side of the Iron Curtain, huge numbers of NATO and Warsaw Pact gunships prepared for a conflict that never came. Bulgaria, Czechoslovakia, East Germany, Hungary and Poland all operated the Mi-24 Hind. Today the Hind is only flown in Europe by Bulgaria, the Czech Republic and Poland. While the Czech Republic operates 17 Mi-24V/35s, Poland maintains a fleet of 28 Mi-24D/W versions. After grounding its Mi-24V fleet, Bulgaria has since returned a single example to service. Romania never operated the Mi-24 but did fly locally assembled IAR-330H Pumas, which could be armed. In the late 1990s and early 2000s, 30 Romanian IAR-330Hs were upgraded to the armed IAR-330L SOCAT standard. 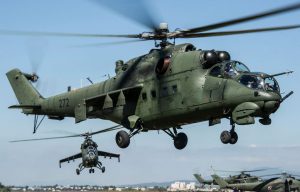 Back in the Cold War days, the only NATO nation to operate dedicated gunships in Europe was the US Army, which fielded hundreds of AH-1 Cobras and subsequently introduced around 200 AH-64 Apaches. Today there are only around 30 US Army AH-64 Apaches left in Europe, flying from Ansbach-Katterbach Army Airfield in Germany.

However, European countries that once operated Bells, Bölkow 105s or Gazelles that could be armed with rocket pods and guns have now re-equipped with dedicated gunships.   Italy has the Mangusta, while Turkey is developing its own T129 version, known as the ATAK. France, Germany and Spain all collaborated on the Tiger/Tigre, while Greece, the Netherlands and the United Kingdom went for the US option, the AH-64 Apache.

The current, April issue of AFM sees our correspondents continue their review of Europe’s helicopter gunships, covering Greece, Italy, the Netherlands and Poland. You can buy your copy of the magazine here. 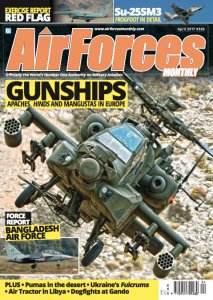