Ryanair has unveiled plans to add direct services from its Frankfurt Airport base to Manchester and London/Stansted.  The Irish low-cost carrier’s new German hub, which is due to go online imminently, will initially be linked to four Iberian destinations (Alicante, Malaga, Palma and Faro) with two based aircraft.  Its new services to the UK – twice daily to Stansted and six times a week to Manchester – will be added in October to coincide with the introduction of Ryanair’s winter timetable.

Manchester Airport CEO Ken O’Toole said it was “pleasing” to see Ryanair expand its route network from the facility, adding that Frankfurt “is popular with leisure passengers and a key business market for the North.”

Stansted’s Aviation Director Mats Sigurdson noted the services will also offer travellers the opportunity to connect onto long-haul services via the German hub.

The addition of Frankfurt increases the number of destinations that will be served by Ryanair from Stansted this winter to 124, including new connections to Aalborg, Oradea and Pardubice.  The carrier is yet to finalise its Manchester programme. 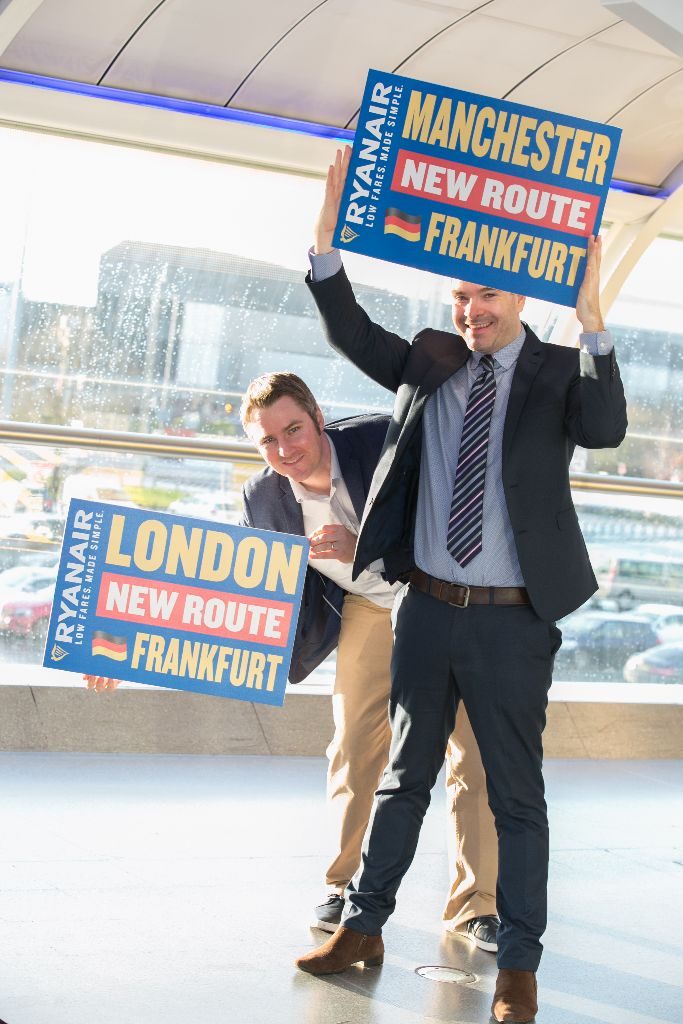 Ryanair will add direct links from Frankfurt to Manchester and Stansted in October. (Ryanair)