The Emirates Group is in a celebratory mood after posting a record profit of AED8.2 billion ($2.2 billion) for the year ending March 31.  This marks a 50% increase over 2014/15, and is the Dubai-based company’s 28th consecutive year of profit.

The strong performance was driven by the airline whose profit rose by 56% to AED7.1 billion ($ 1.9 billion).  Annual passenger traffic increased to 51.9 million, though the average load factor fell from 79.6% to 76.5%.  The carrier attributed this to a strong increase in seat capacity, “lingering economic uncertainty and strong competition in many markets.” 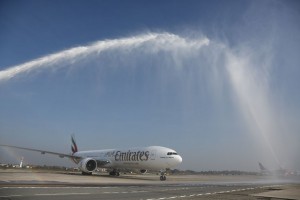 Emirates has continued to invest heavily in its fleet, taking delivery of 29 new aircraft last year – it’s highest annual total to date – including 16 Airbus A380s, 12 Boeing 777-300ERs and a single 777F freighter.  The new arrivals increased the carrier’s total fleet to 251 (as of March 31) and lowered the average aircraft age to 74 months, around half the industry average. 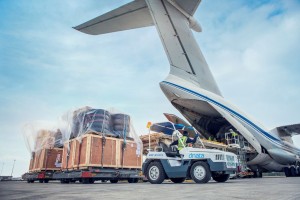 Elsewhere, the group’s air services provider dnata enjoyed its most profitable year to date, exceeding AED 1 billion ($ 287 million) profit for the first time in its 57-year history.  The subsidiary added that its 16% increase in revenue had been driven by “organic growth” but bolstered by the first full year of Stella Group operations, which dnata Travel acquired in October 2014, and airport operations in Australia which dnata fully acquired from its 50% joint venture partner Toll in March 2015.  The offshoot’s international business now accounts for almost 65% of its total revenue. 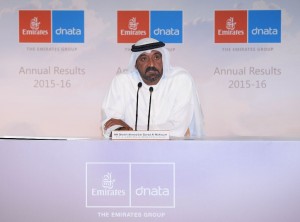 “Our ongoing investments to develop our people and to enhance our business performance, enable us to react with agility to the new challenges and opportunities that every year brings,” Al Maktoum added. “In 2015-16, the Group collectively invested over AED 17.3 billion ($ 4.7 billion) in new aircraft and equipment, the acquisition of companies, modern facilities, the latest technologies, and staff initiatives.  These will build on our strong foundations, extend our competitive edge, and accelerate our progress towards our long-term goals.”

Emirates’ financial performance was, however, marred by the global and operational challenges.  Al Maktoum said the group had been hampered by “an unfavourable currency situation which eroded our revenues and profits, an uncertain global economic environment dogged by weak consumer and investor sentiment, as well as ongoing socio-political instability in many regions around the world.”

The US dollar exchange rate change had an AED6.0 billion ($ 1.6 billion) impact on airline revenue, though this was partially offset by the falling oil price that reduced the carrier’s fuel bill by 31% to AED 19.7 billion ($5.4 billion). 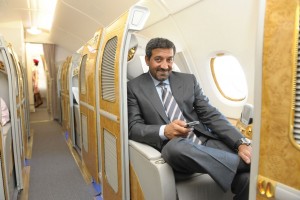 Looking ahead, the CEO was positive about the group’s forecast.  “We expect that the low oil prices will continue to be a double-edged sword – a boon for our operating costs, but a bane for global business and consumer confidence.  The strong US dollar against major currencies will remain a challenge, as will the looming threat of protectionism in some countries.  However, we enter the new financial year with confidence, backed by a robust balance sheet, solid track record, diverse global portfolio, and international talent pool,” Al Maktoum concluded.  “We will continue to evolve and grow our business profitably, and work even harder to meet and exceed our customers’ expectations.”