Increased numbers of A350s for United 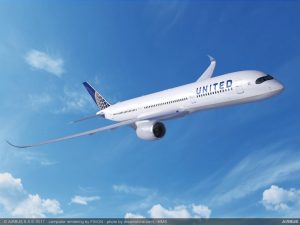 US-based United Airlines has increased the number of Airbus A350 XWB aircraft it will bring into its fleet, updating and expanding its previously existing order for 35 A350-1000 to 45 A350-900 widebody aircraft to replace older, less efficient aircraft.  The A350-900 is the cornerstone member of the A350XWB (Xtra Wide-Body) family, which according to Airbus, is shaping the future of air travel.

The aircraft typically seats 325 passengers in a standard three-class configuration. The twin-aisle A350-900’s combination of payload and long-range range capabilities makes it an ideal aircraft for United Airlines’ international route system. These aircraft will be the first Airbus widebodies to join United’s global fleet.