Garuda Indonesia has placed a firm order for 14 Airbus A330-900neos. The deal, signed in London on April 19 in the presence of Indonesian President Joko Widodo and British Prime Minister David Cameron, replaces and extends an existing order for seven A330-300s. 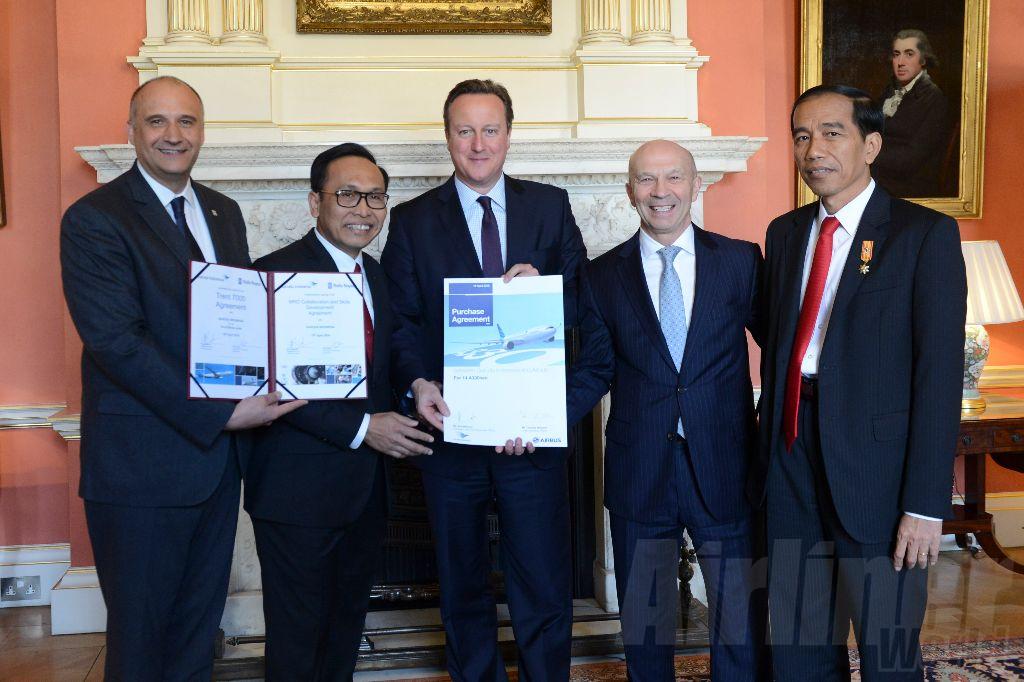 Speaking at the signing, Garuda’s CEO Arif Wibowo said: “We are pleased to announce that we continue our long-standing relationship with Airbus. Both Garuda Indonesia and Airbus fully understand the aim of the deal as a long-term strategy to win the global challenge.” He added: “The A330neo represents a more-efficient future for us. This order restructuring is believed to support our continued commitment to deliver the most modern, comfortable and excellent air travel service to all customers as well as to strengthen the sustained positive growth and business expansion of the company. Furthermore, we are confident that this latest technology aircraft will support us to compete better in the industry.”

Deliveries of the re-engined aircraft, which will be powered by the latest generation Rolls-Royce Trent 7000, will start in 2019.